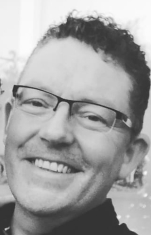 John is the founder and owner of Future-InSight. His career in financial services started in 1988 as an entry level clerk with Lloyds Bank (long before the additions of TSB, C&G and HBOS) and became proficient at making the morning and afternoon brews, doing the post and generally learning the ropes. Over the following 20+ years, he has worked across the North West, Isle of Man and the Channel Islands eventually finishing as Regional Manager for Sales across 120 branches. After enjoying many roles in the bank and a short aside as a baker (strange but true) he eventually took over from Malcolm as the National Cashflow Development Manager at Succession Wealth. This is where his love of all things cashflow began and where he has dedicated his career ever since.

Outside of work, John enjoys time with his family and especially his two new granddaughters. He enjoys playing badminton, when time and his knees allow, and he can often be found making all manner of things out of wood. John is married to Maria who, he says, has kept him in check for the last 32 years. 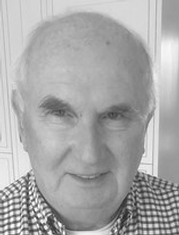 Malcolm started in financial services in 1981 eventually establishing his own business as an Independent Financial Adviser in the mid-80s. In 1992 Malcolm married Joy who joined him in running the IFA practice. Not long after, Malcolm joined the Institute of Financial Planning and became aware of cashflow modelling and how the judicious use of the software can literally change lives, as nothing else in the IFA’s toolbox can. In 2010 Malcolm was appointed Development Director at Succession Wealth preparing IFA practices for the changes coming at the end of 2012 when fee charging became mandatory. Providing cashflow modelling was a critical element to this transition.

In 2014 Malcolm & Joy sold their IFA practice, at which point Malcolm ceased to work directly with clients but accepted the position of Director of Cashflow Forecasting at Succession. This role involved not only the training of planners in the use of the cashflow modelling but also working with developers to increase its functionality.

Malcolm retired at the end of 2018 but his passion and enthusiasm for cashflow modelling has brought him out of retirement to work with John, for a second time, at Future-InSight. 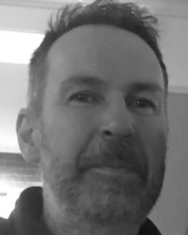 Tim has over 30 years of financial services experience, including 15 years as a Paraplanner working with High Net Worth clients for one of the UKs largest IFAs and is a cashflow forecasting expert. Tim worked with both John and Malcolm at Succession Wealth and as Cashflow Product Owner was responsible for ensuring the software functionality was constantly tested and enhanced.

Tim has a wealth of experience across all the major cashflow tools including: X-Plan, Truth, Voyant, I4C and Cashcalc and has supported many Planners with valuable cashflow models for their clients. His extensive knowledge of the underlying software enables the Team to build truly bespoke cashflows whatever the situation.
Tim is passionate about saving you time and cost, whilst providing a first-class service using Cashflow Forecasting to demonstrate your advice in a way that your clients can easily understand. He is also particularly adept at helping Planners understand how to best articulate the cashflow outputs and illustrations.

In his spare time, Tim is kept healthy running after his two children, enjoying family walks and listening to his favourite type of music – funk. 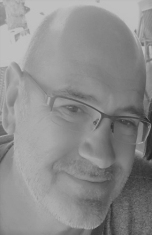 Rob spent the early part of his career building, improving and generally getting the most out of home-based PC systems. There is literally nothing he cannot fix or advise you on when it comes to a PC or laptop and he very rarely says “just switch it off then back on again”. Following on from this, he moved into logistics for a National distributor and it is here where his attention to detail and understanding of the critical nature of correct data inputs lead to the right outcomes was further developed.

Rob first experienced cashflow modelling over 2 years ago when he received his own plan and immediately became an advocate. Jump forward 6 months and Rob became a cashflow analyst and has continued to expand his skills, across multiple platforms, ever since. His quick wit, dry humour and broad experience add yet another layer to the Team.

A family man, Rob has been married for “many, many years” and he has four adult daughters and fourteen grandchildren and counting! He still enjoys messing with computers and setting up complex home entertainment systems in his spare time. 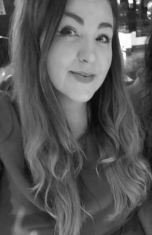 Jade is new to both the financial services world and Future-InSight but has a wealth of customer service experience having worked for the last few years in the often-pressurised and challenging environment of Manchester Airport. Amongst her many responsibilities were face-to-face customer support, security awareness, management of customer flows and the dreaded tannoy announcements! Her ability to remain calm and focussed under pressure and her naturally customer orientated manner will only enhance the service we offer to our clients. Jade also brings a fresh perspective to what we do and rather than being a drawback, her lack of financial services experience allows her to pose questions that are often overlooked as “we have tried that before” or dismissed as irrelevant. It is a great reminder that a fresh pair of eyes is always welcome.

Jade is working to develop her own Cashflow modelling skills, and her enthusiasm for her new role and the opportunity to learn is somewhat enhanced, as her father is the Company Founder and unsurprisingly her mentor!

“I have been cash flow modelling for around 15 years and thought I was pretty competent, so I was fortunate to work with John on a weekly basis. John has an uncanny knack of creating cash flows that not only provide a view of the clients‘ possible future but is able to add value to the process, with a few tweaks and suggestions, what other options the client has…and there are often many! Importantly, John has always taken the time to help me understand what I am looking at and how I can best articulate the cash flow to the client. I am now more confident during client meetings with John’s technical input and have no doubt I have strengthened many client relationships as a result. I have no hesitation in recommending John’s services.”